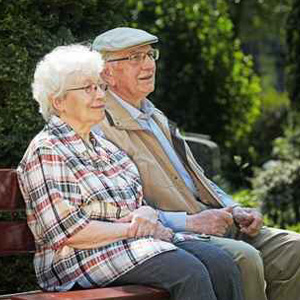 Here are the most frequently asked questions that the Elderly and their relatives ask us to answer their doubts about the Real Estate Life Annuity.

Do not hesitate to contact us for any information you may need about this product.

At Grupo Retiro, we have been providing the best real estate solutions for the Elderly to improve their quality of life since 1996.

Grupo Retiro manages life annuity operations from the age of 65, although it is most common for the product to be taken out when the person is over 70 years old. However, the decision to sign the operation at one age or another will depend on the situation of the Elderly Person and his or her wishes/needs to resolve with the monthly annuities that may correspond to him/her in his/her specific case.

Of course, and it is also very common in the case of married couples or siblings living in the same house. In these situations, the calculation of the monthly rent will be made taking into account mainly the age of the person who has the highest Life Expectancy and the operation will not end until the death of the last of the two owners.

To cancel any possible charges that may exist on a property with which a Real Estate Life Annuity is to be constituted, the Elderly Person may have an advance of capital or initial provision with which to cancel this debt and from then on collect the corresponding monthly rent. However, these cases must be analysed individually, as if the existing burden or debt on the home is very high, the Life Annuity may not be viable, and it would be preferable for the Elderly Person to contract other products managed by Grupo Retiro to make their assets profitable.

No, not at all. The Elderly Person does not pay any expenses for the constitution and processing of life annuities (Notary, Land Registry, Appraisal, Transfer Tax, Stamp Duty, Municipal Capital Gains Tax, Energy Efficiency Certificate, etc.), as it will be the purchasing company that assumes all the expenses, professional fees and taxes of the operation. Therefore, starting to enjoy all the advantages and guarantees of real estate annuities will not cost you anything.

The Elderly Person receives his/her monthly income, once the corresponding withholding established by the Tax Agency has already been applied by the payer (1.52% in the case of a life annuity for the Elderly Person over 70 years of age). Consequently, the income received is always net, i.e. the corresponding taxes have already been paid on it and the elderly person does not have to pay any additional amount in their income tax return. If you file your annual income tax return, you will have to include the withholdings that have already been made, but this will not have any further financial impact on you. If you do not normally file an income tax return because you are not obliged to do so, the constitution of a Real Estate Life Annuity will not change this situation.

The legal protection for the Elderly Person who contracts a Life Annuity with Grupo Retiro is maximum, as the Life Annuity Deed that is formalised before a Notary includes a Resolutory Condition if the purchasing company fails to pay any two monthly payments. In this situation, the Elderly Person would recover full ownership of the property without having to return any of the amounts received up to that moment. Therefore, your home is at all times a full guarantee of the collection of the monthly rent, since if in a hypothetical situation there were a non-payment of two of these rents (consecutive or alternating), you would once again be the sole owner of your home. In addition, the Condition Resolutory is registered in the Land Registry as a full guarantee for you.

When a Real Estate Life Annuity is made, the ownership of the property is shared between the acquiring company that pays the rents and the Elderly Person, so each of the parties has to assume certain expenses. The acquiring company has to pay the Property Tax, the extraordinary building expenses that correspond to the home and the insurance of the premises of the house.

The Elderly Person, as the owner of the usufruct of the house until his or her death, must assume the expenses inherent to the use of the house, such as the ordinary community fees, the utilities of the house and the Urban Waste Tax (rubbish), in those municipalities where it is in force.

No, as with the Reverse Mortgage product, the monthly payment you receive through an annuity or temporary annuity will remain constant until the end of the operation.

No, you will continue to own part of that property, which corresponds to the right of usufruct that allows you to fully use and enjoy that property. It is only upon your death that this right of usufruct will automatically pass to the bare owner (entity/person paying the rents), who will then be the owner of the entire property. Therefore, in the Land Registry, the Elderly Person will continue to be recorded at all times as the holder of the usufruct of his or her home.

Yes, of course. Many Elderly People want their home to guarantee them the monthly collection of sufficient income to pay for a Nursing Home. In these cases, the Life Annuity outside the Home Modality is usually the most interesting to cover these expenses. It is important to point out that the income you receive can be used to pay for the Nursing Home of your choice at any given time.

Grupo Retiro offers the Elderly the guarantee of being a pioneering company since 1996 and leader in Spain in the contracting and processing of Real Estate Annuities. Our services are completely free of charge and will allow you to get advice on the product and the most convenient modality for you, contracting it under the best conditions and with full legal guarantees, remaining at your disposal throughout the life of the operation, so you will have the professional team of Grupo Retiro for life for the resolution of any problem it may arise.

Life Annuities have a long tradition in the vast majority of European countries, although it is worth highlighting its strong implantation in France, where it is called Rente Viagère, a country where it is a product commonly contracted by the elderly when they reach retirement age. In the other French-speaking countries (Belgium, Luxembourg, Switzerland) it is also widely used, as it is in the Nordic countries (Norway, Denmark), as well as in Germany and Austria.

Its legal regulation is, as in the case of Spain, very old, as it has been included in their respective Civil Codes for several centuries. In our country, the characteristics of our society, which is increasingly ageing, with low pensions and a high number of homeowners, mean that the contracting of a Real Estate Life Annuity is becoming more and more frequent as a means of supplementing retirement income.

At Retiro Group we will provide you with the appropriate advice so that you can find out which product may be the most suitable for you at any given time, depending on your personal and family situation, your financial needs, your age, the location and value of your home, etc. To this end, you can always count on a personalised study of the conditions you can obtain by taking out a Real Estate Life Annuity, a Reverse Mortgage or any of our products that allow the elderly to make their homes profitable during their lifetime, such as the Sale of bare ownership or Sale & Leaseback.

OTHER OF OUR REAL ESTATE AND FINANCIAL PRODUCTS Go to Sale of the Bare Ownership

Sale of the Bare Ownership